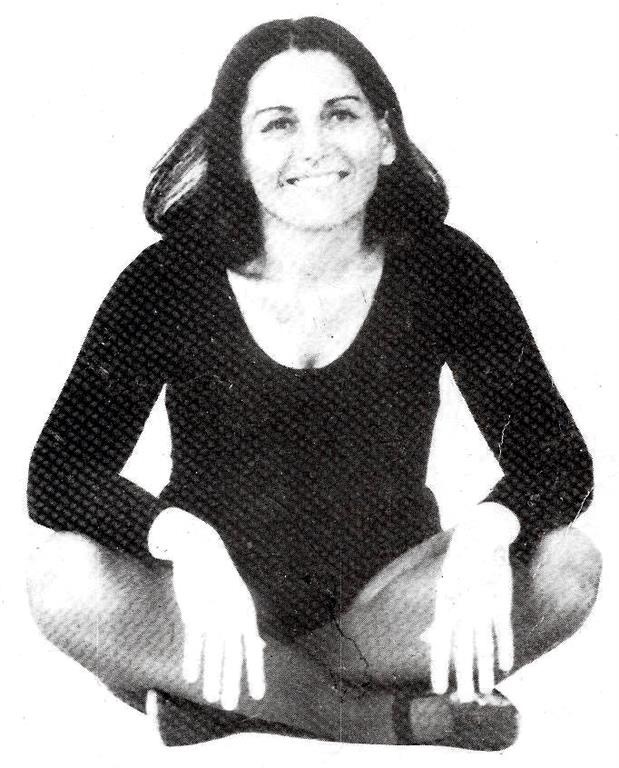 AVIVA Gabriella Steiner was born in Budapest, in 1930. Her parents were amongst the most prominent athletes in Hungary at the time, and Aviva absorbed their devotion to health and sport along with the air she breathed, spending her childhood doing gymnastics and taking ballet classes.

A long illness was greatly assisted by her parents’ regimen of physical exercises and sport, and Aviva’s full led her to believe that this type of healing effect could become the basis of her life’s work.

Aviva spent much of the War in hiding. Miraculously, she survived; unlike her unfortunate parents who were amongst those murdered. In 1946, at the age of 16, Aviva was sent to Israel and boarding school. In the years that followed, her love of dance and gymnastics brought her to the attention of Gertrude Kraus, the leading choreographer of the Israeli Opera.

DURING these years, Aviva studied classical ballet, modern dance, yoga, karate and jazz. But she felt an inexorable urge to dedicate her life to healing people through physical exercise training; so she quit her dance career to pursue a degree in Physical Education training. She often listened in on the anatomy courses at Hadassah, the Hebrew University’s Medical School.

In the 1950’s, when the polio epidemic hit, Aviva was working as a physiotherapist’s assistant at Hadassah Hospital. Her patients’ polio and post-polio symptoms seemed both better managed and significantly alleviated by the physiotherapy she gave them, convincing her that method-based physical exercise played a vital role in the body’s healing.

AVIVA found herself working a great deal with women, while developing and diversifying her methods and continuing to observe and learn. During a physical exercise course aimed at women Aviva developed a series of low-level warm-up exercises which the participants claimed gave them a sense of renewed vitality. They also found it helped balance and regulate menstrual cycles and their hormonal effects. This observation was to form the foundation of Aviva’s future work and the sequences became the cornerstone of what is now called The Aviva Method.

It took Aviva a few more months with trainee groups to connect the dots between the pelvic exercise sequences and the effect they had on women’s cycles and menstruation. Gradually and consistently, more and more women reported a significant change in their menstruation: timing, duration, flow and hormonal fluctuations. Aviva started studying the connection in earnest.

Her method began to show another remarkable result: women who had previously struggled, were managing to achieve spontaneous pregnancies. Menopausal problems were also drastically reduced. For over four decades, and with feminist-type zeal, Aviva helped hundreds of women while promoting the simple message: women can help themselves and each other.

At the time, important work in the fields of gynecology and female health was dominated by men, much of it intrusive, drug-related or involving surgery. This pushed Aviva to devote herself exclusively to her method to find solutions that would help women regain control over their own bodies.

She would say her famous phrase: “If men had not made the first step on the moon, perhaps the Aviva Method wouldn’t exist today.” She was amazed at how much humanity had advanced – men were on the moon, after all! Yet women were still down here, suffering from countless reproductive health issues, which humanity had not yet found an adequate solution for – until now. It inspired her not to give up.

For the past thirty years, Judit has been an Aviva Method Instructor, and is the most senior and knowledgeable instructor and counselor alive today, who was personally trained by Aviva Steiner. Aviva considered Judit to be her devoted successor and gave her her blessing to spread the Method, training up a new generation of instructors.

Judit’s close acquaintanceship with Aviva, and their mutual work together – building further exercises into the program and sequencing them into a carefully constructed exercise series – has brought her to further develop and deepen the theory behind The Aviva Method. Judit continues to develop the training to reflect new and advanced medical technologies, keeping the sequences current, and in keeping with the specific needs of women’s health today.

In order to further widen the network of knowledgeable, skilled and individually trained instructors, Judit enlisted her niece’s assistance – Michal Pouni, a Visual Communications designer by training. Michal uses her background to widen The Aviva Method’s visibility and recruit a new generation of instructors. She is also Judit’s partner in establishing The Aviva Method Information Center. Today, Michal works as Senior Instructor, Counselor and Course Organizer for the Center and a major part of her work is dedicated to advancing research on the Aviva Method.

The Aviva Method Information Center was founded in the spirit of Aviva Steiner, in order to preserve and share her legacy, spreading knowledge from the few to the many – for the benefit of women globally, and giving them solutions to manage and overcome reproductive health issues.

The Aviva Method Center aims to:

Services given by the center include: